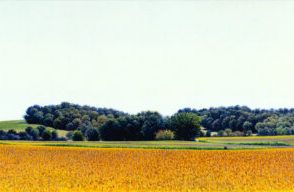 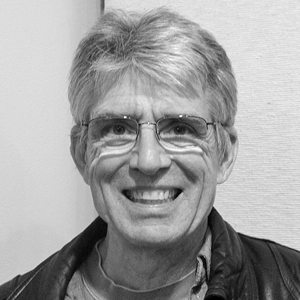 The landscape around Cedar Rapids, Iowa, was made famous by the American regionalist artist, Grant Wood. It was in this rolling, hilled farmland where Fred Easker was raised in the 1950s. Before tackling this already well-recorded Midwestern landscape, Easker spent over twenty years painting, drawing and mastering still lifes and the subject of the human figure. In the early 1990s he began using the landscape around him as the subject for his paintings. Easker’s paintings have been reproduced in numerous publications and books including the 1998 edition of New American Paintings and Smithsonian Institute Press, Plain Pictures, Images of the American Prairie. Easker was the 1996-1997 Arts Midwest/NEA Regional Visual Arts Fellow. He and his wife live in Cedar Rapids, Iowa where he paints full time.

My paintings are based on the rural landscape near my home in Iowa. I am connected to the area and to the places painted; it is where I grew up. I have endeavored to make something extraordinary from what is so familiar and what some say is a banal world. To my mind and heart there is in this gently rolling former prairie a melodious, abstract, and subtle beauty that is timeless despite man’s intervention. While the paintings depict specific places, the sites are mostly chosen for how they reveal these central qualities. Space is of great importance in my landscape paintings. To enhance it, I sometimes stretch the paintings horizontally beyond practical limits. However, I want the observer to be drawn into that traditionally depicted space by attention to detail as well as by the intimate and painterly manner in which the images are created in order to experience the visual delights which are elusive to the more casual observer.