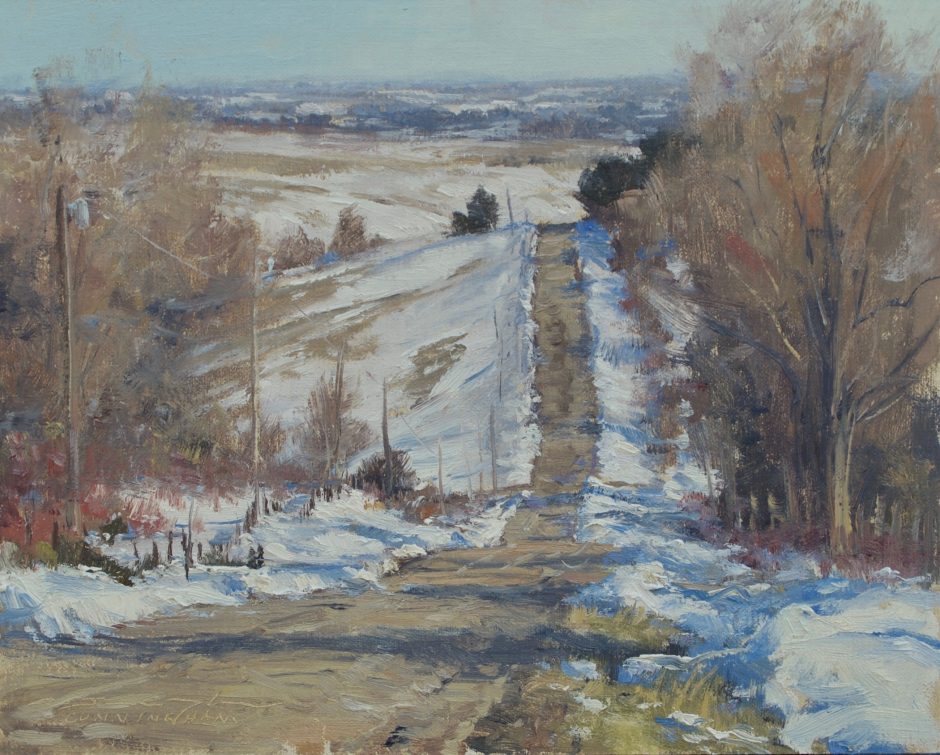 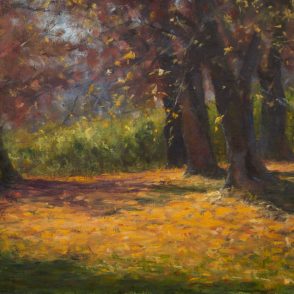 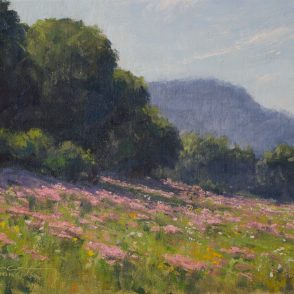 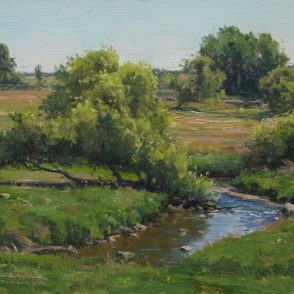 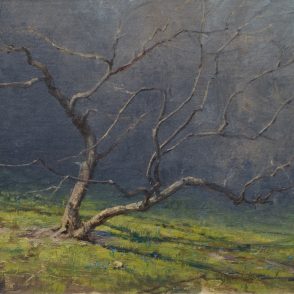 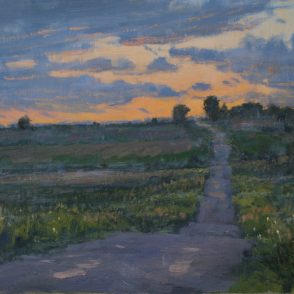 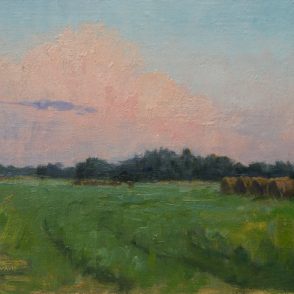 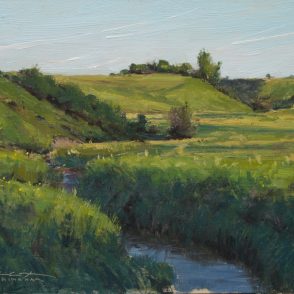 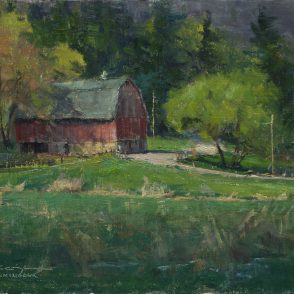 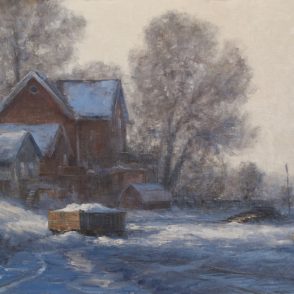 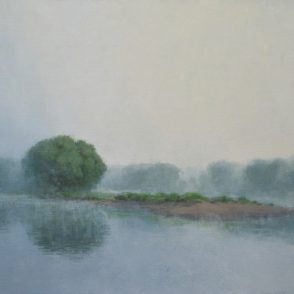 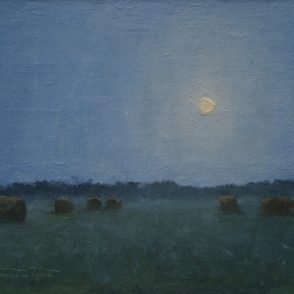 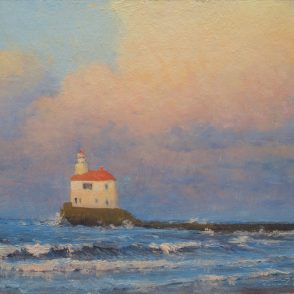 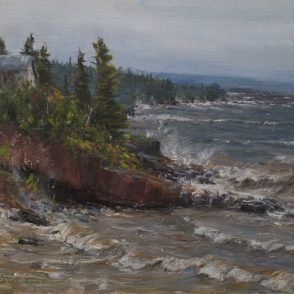 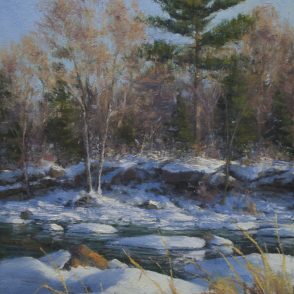 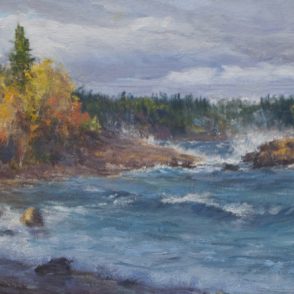 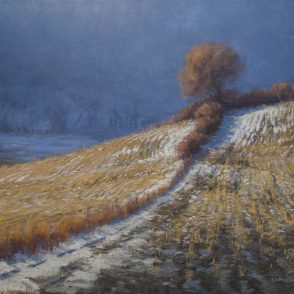 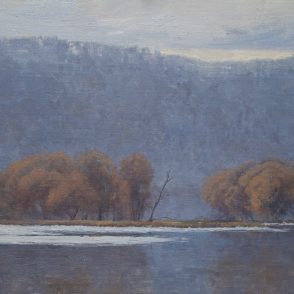 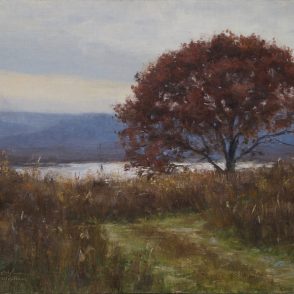 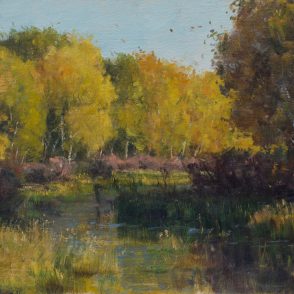 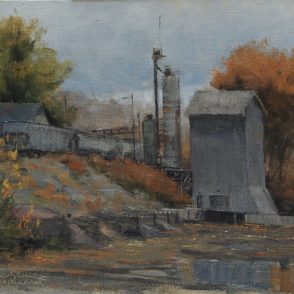 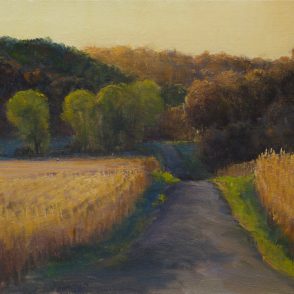 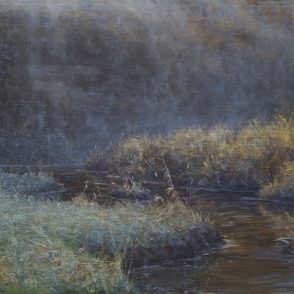 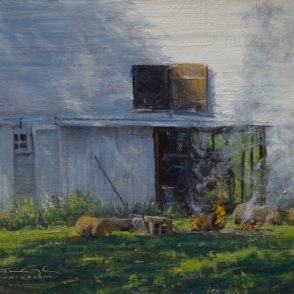 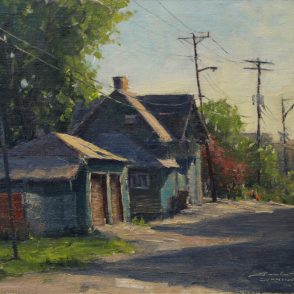 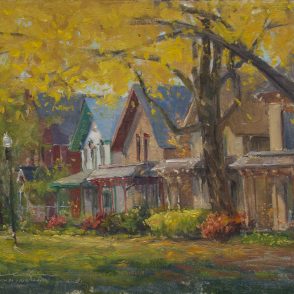 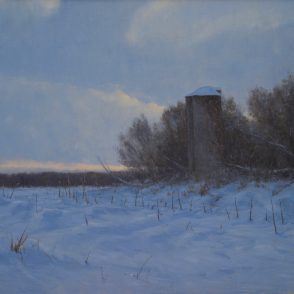 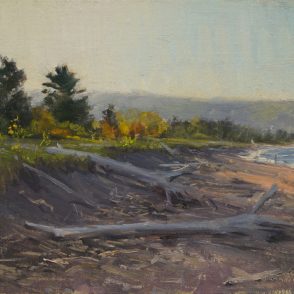 Groveland Gallery is pleased to announce the opening of Getting There, an exhibit of new paintings by Joshua Cunningham. A Minnesota native from rural Isanti County, Cunningham currently lives and works in St. Paul. He is a member of the Outdoor Painters of Minnesota, Oil Painters of America, and the American Impressionist Society. His work has garnered national attention by Plein Air Magazine and Informed Collector. The University of St Thomas commissioned him to commemorate their 125th Anniversary, and the Science Museum of Minnesota selected him to be an artist in residence for the St Croix Watershed Research Station.

For Cunningham, most of his painting days begin by wandering the alleys and streets near his home and sometimes traveling further afield until he discovers the site of his next painting. Cunningham writes, “Sometimes a scene unfolds before I get much more than a block away, and other days I am hours away before I am working. Everywhere I paint, a road has brought me there…This has fostered curiosity, wonder, serendipity, and a feeling like you are right where you were meant to be… answering an invitation from my intuition and imagination.”

This exhibition features over 20 works painted in the studio and en plein air, including scenes from all four seasons and numerous highways and byways in Minnesota.