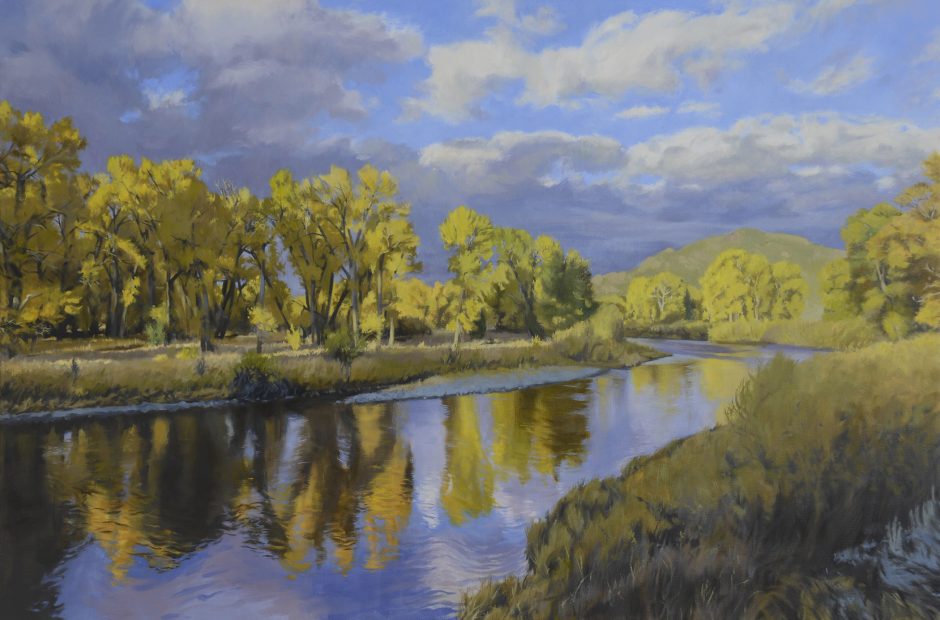 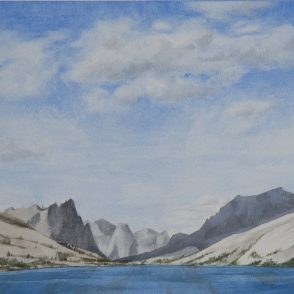 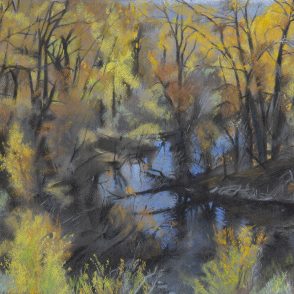 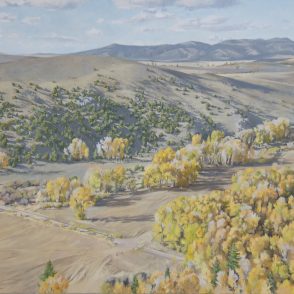 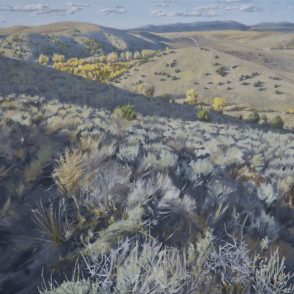 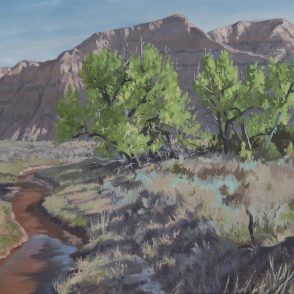 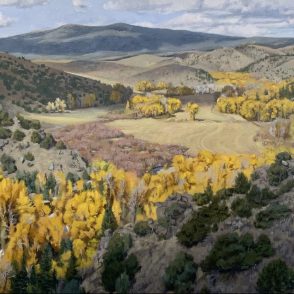 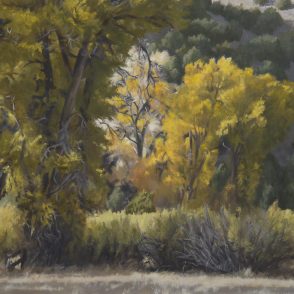 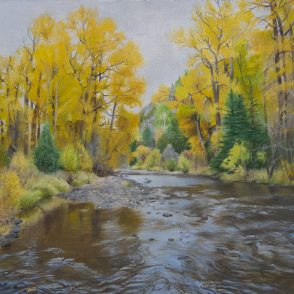 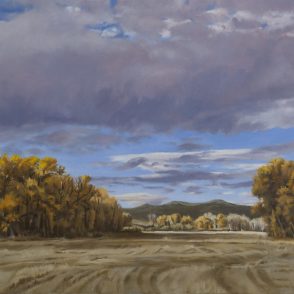 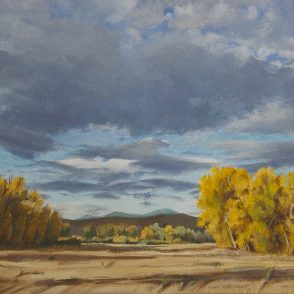 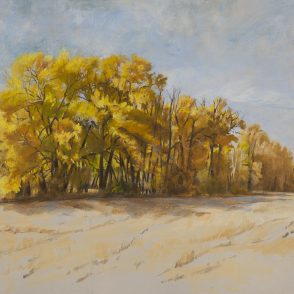 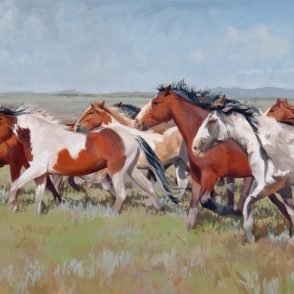 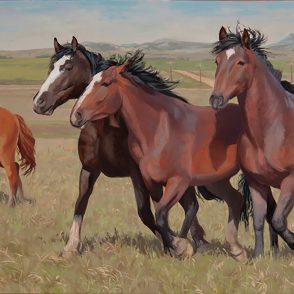 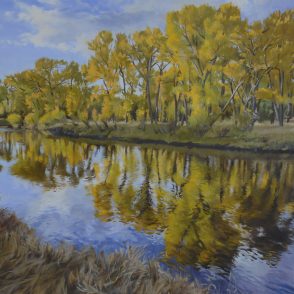 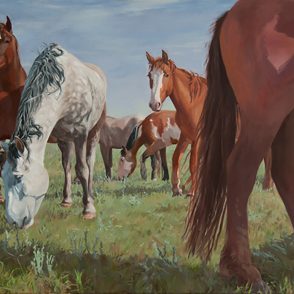 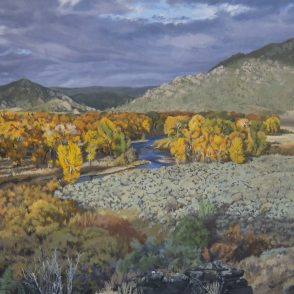 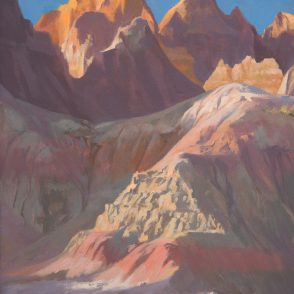 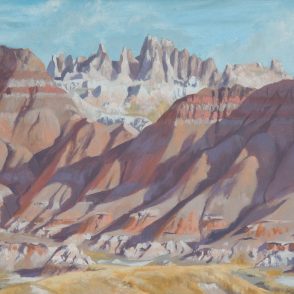 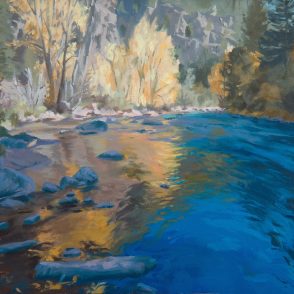 Groveland Gallery is pleased to announce the opening of Out West an exhibition of new paintings and pastel drawings by Charles Lyon. Lyon settled in Minnesota in 1994 after spending over a decade living in the Arizona high desert where he taught photography, rock climbing and kayaking. Lyon spent much of his artistic career as a photographer, concentrating on black and white images of the natural world. After years of looking at the wilderness through the lens of a camera, the possibilities inherent in other mediums became intriguing. He returned to school to study painting and received his MFA from the Minneapolis College of Art and Design in 1999.

In October of 2018, Lyon spent participated in an Artist Residency at Brush Creek Ranch in Wyoming. The autumn colors of the landscape surrounding the North Platte River served as Lyon’s inspiration for this new body of work. In his own words, Lyon describes this landscape as “Being a tributary of the North Platte River, the ranch supported an abundance of monolithic cottonwood trees. Their forms and placement along the creek define the landscape and indicate where water is present and plentiful. Ochres, yellows, and cinnabars mean water and life in this harsh and arid landscape…The trees with their intense chroma became my subject as they hugged the creeks and receded into deep space.”