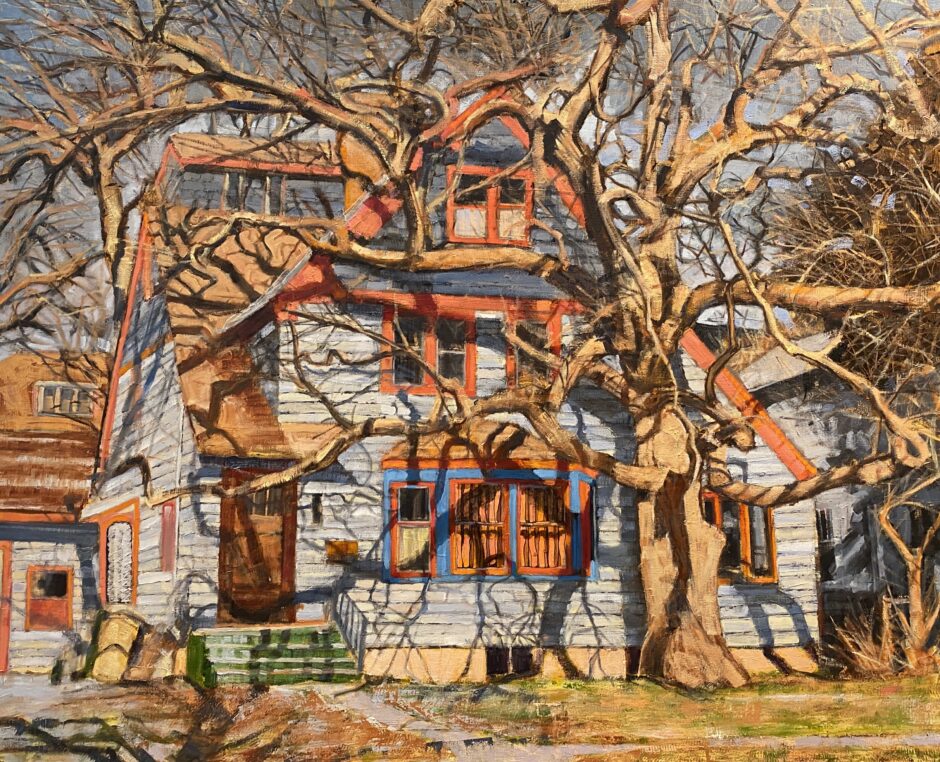 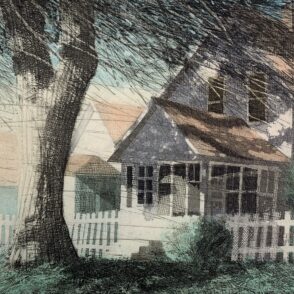 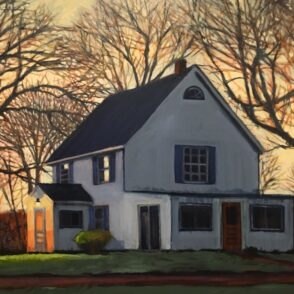 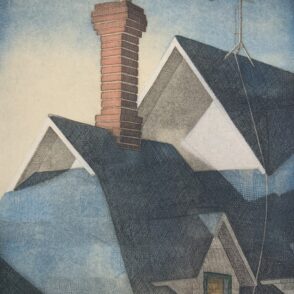 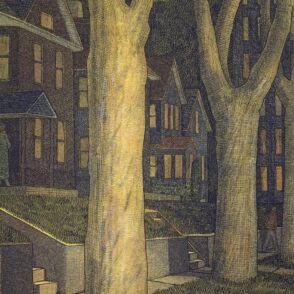 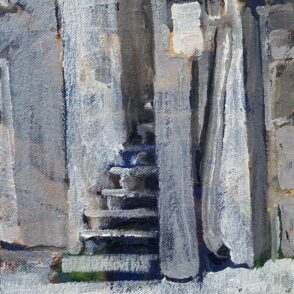 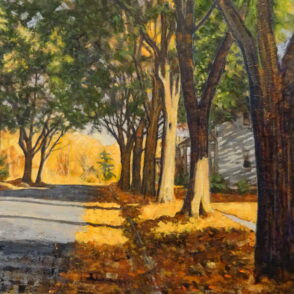 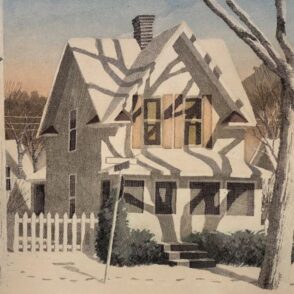 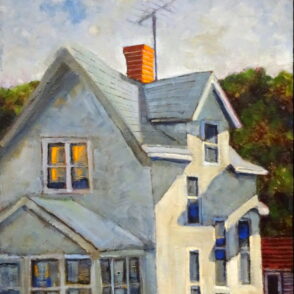 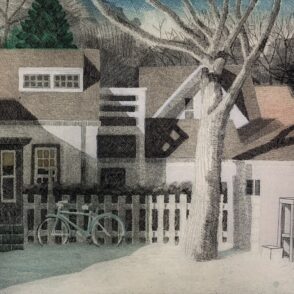 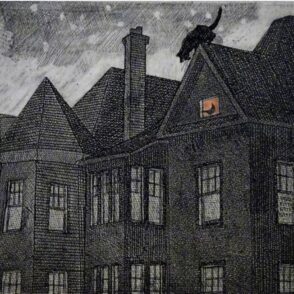 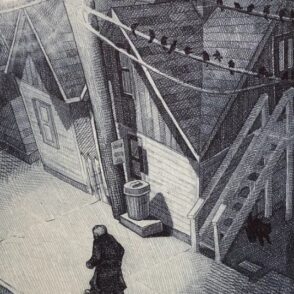 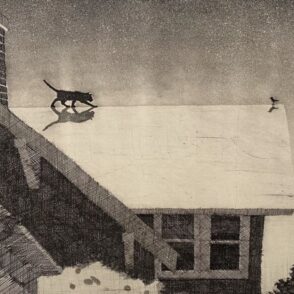 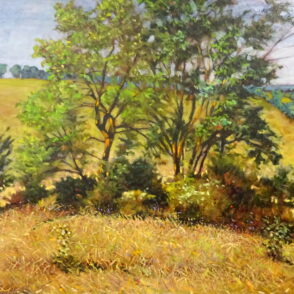 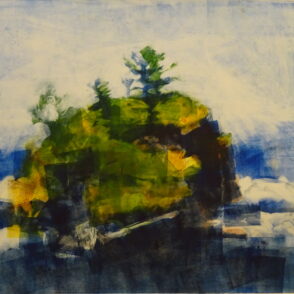 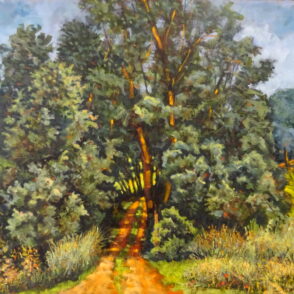 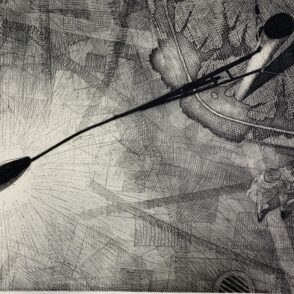 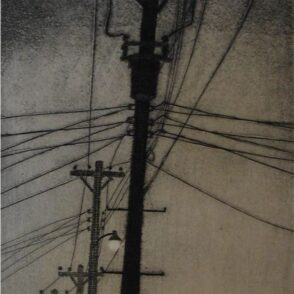 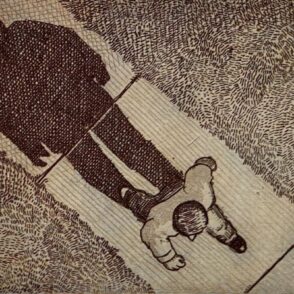 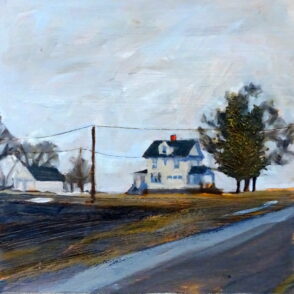 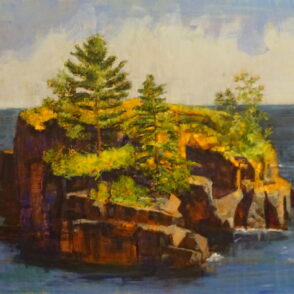 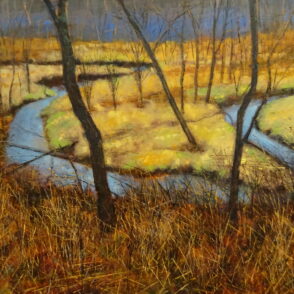 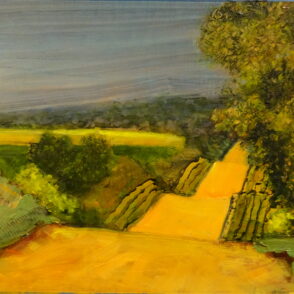 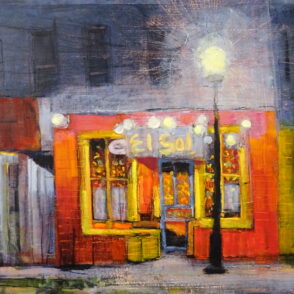 Groveland Gallery is pleased to announce an upcoming exhibition of paintings and prints by Larry Welo. Welo grew up on the Iron Range in Hibbing, Minnesota and studied art and biology in Decorah, Iowa. Determined to work professionally as an artist, Welo focused on etching, a choice that brought him to Minneapolis, where he and his family lived for 18 years. In 1994, Welo relocated to southern Wisconsin where he lived for 25 years. There he established a print studio in an historic Opera House where he produced countless etchings. The subjects for his etchings were taken from the world that surrounded him, the rolling fields, pastures, and small towns of rural Wisconsin.  His etchings captured the essence of these places, offering precise details along with generalized atmospheric elements. These prints are careful observations quietly revealing the character of his subjects.

In 2020 Larry Welo moved back to Minnesota and upon his return he decided to not only change his location, but also his working medium. He began to and began to make paintings again.  While the subjects may be similar, his painting style bears little resemblance to his etchings. Using an exuberant palette and layers of paint that enliven the surface the paintings feel almost animated.

Throughout all his work – the older prints and the newer paintings – the viewer can find a common thread connecting that illustrates Welo’s aesthetic. Whether in a brightly colored fall tree, or a quiet neighborhood at night in black and white, the eye of the artist is revealed.  In this exhibition, Groveland Gallery has combined over 20 etchings spanning a 40-year period with over a dozen recent paintings. The resulting exhibition is not only a portrait of the places that surround us, but a glimpse into the long career of this important and dedicated Midwestern artist.

In Welo’s words one finds his intent:

Change has been an important part of me.  The unpredictability of working as an artist has made uncertainty a constant.  Recently, I relocated my studio from Southern Wisconsin to the outskirts of the Twin Cities.  I have transitioned from working solely as a printmaker to also working as an oil painter. My artwork continues to be informed by the natural world.  In Southern Wisconsin, I could easily travel to my subjects on the seat of a bicycle.  There, I would begin working, at times in a sketch book, but also frequently on a copper plate with an etching needle.  I loved the communication that occurred while working directly from a subject…the connection happens between hand, eyes, and brain.  Contact with the outside world would become muted as I immersed myself in a piece of road or an otherwise unnoticed part of the landscape.

I have pursued the path that I am on because there is a drive to create that has been a part of my life for as long as I can remember.  It is something that has been a constant for me in a life that is otherwise unpredictable.