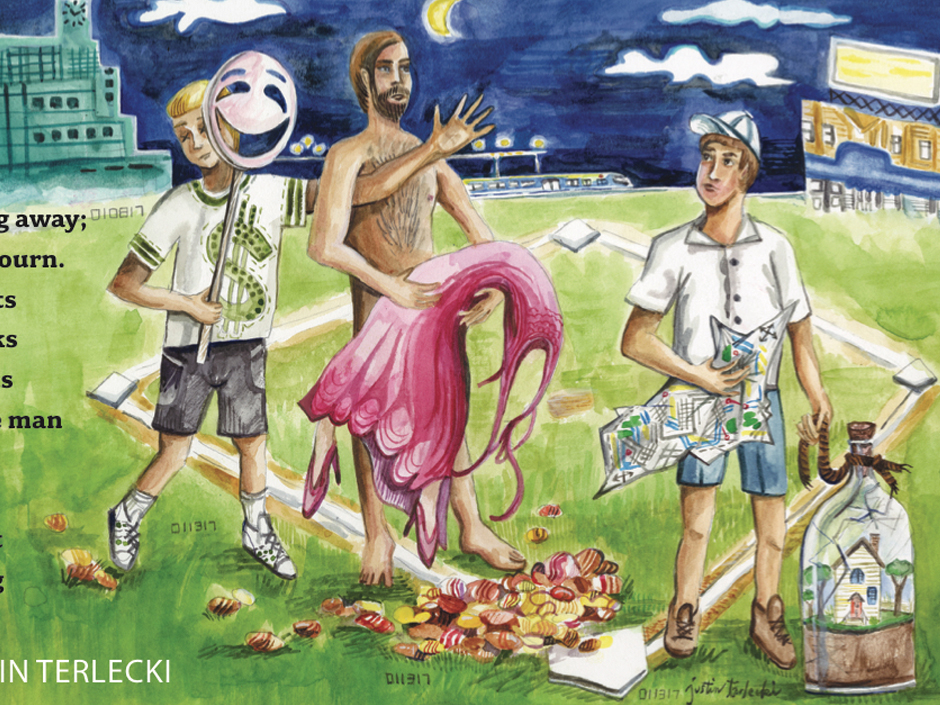 Over the next four months (September – December 2017), keep your eyes open while riding the Green Line light rail and Metro Transit buses. You might just see artwork by Groveland Gallery artist Justin Terlecki. On September 1, 2017, Saint Paul Almanac unveiled the third round of broadsides. Each broadside is a unique poster of a local poet’s poem combined with a local artist’s work as a reflection of that poem. With funding from the John S. and James L. Knight Foundation, through its Knight Arts Challenge Grant, Almanac is working with 24 writers and 24 artists to publish and produce six broadsides each quarter, 24 broadsides for the year, inside trains and buses and on train platforms and bus shelters in the metropolitan area. 200 IMPRESSIONS of the broadsides will be created and published each quarter.

As Saint Paul Almanac Board Chair Metric Giles shared, “The uniqueness and impact of the IMPRESSIONS concept is the ability to provide an opportunity for Metro Transit riders to view powerful visual and literary art unconsciously and consciously, individually and interactively, and in balance with the ride. It’s the Saint Paul Almanac and Metro Transit working collaboratively to connect people directly with art. It’s a way to bring art straight to the people.”