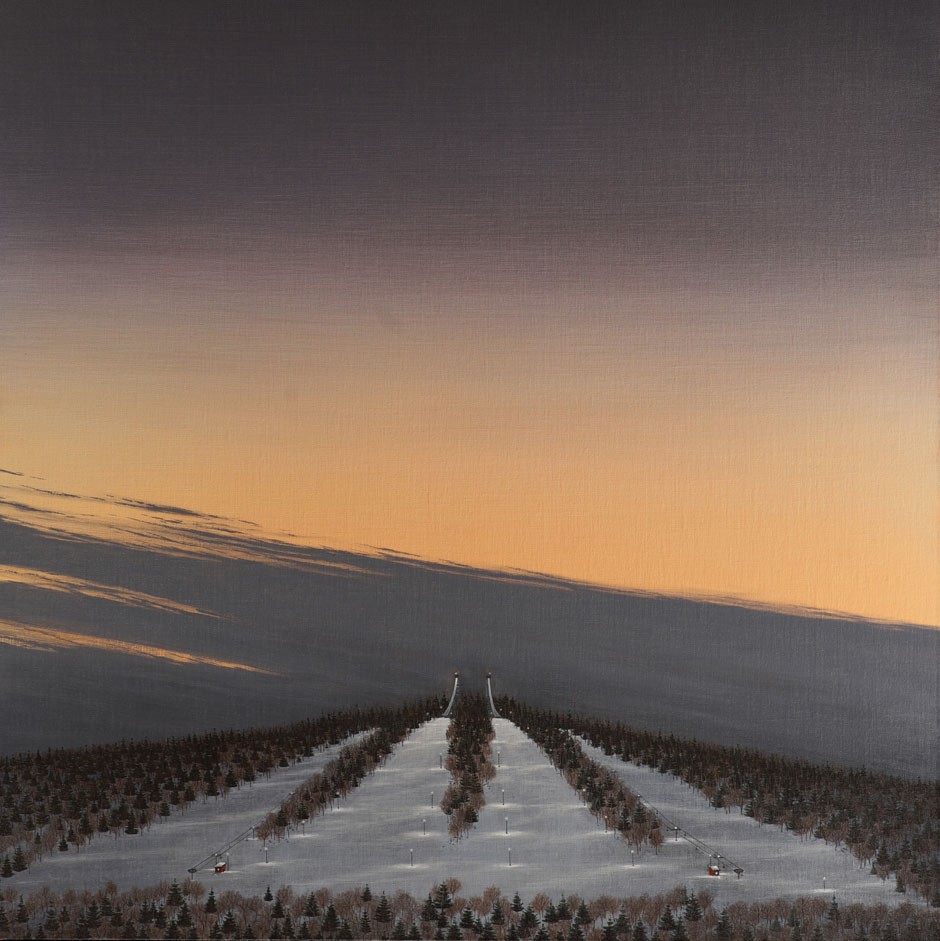 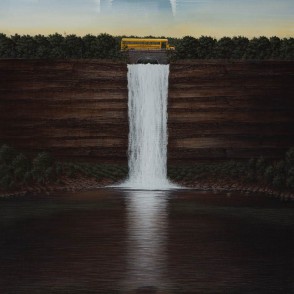 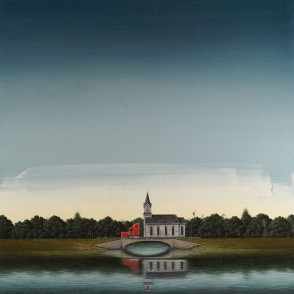 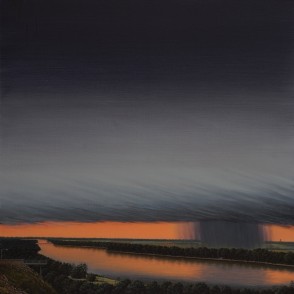 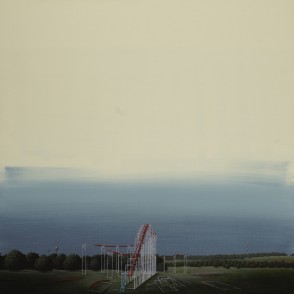 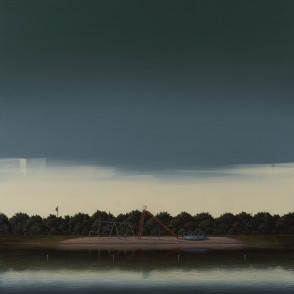 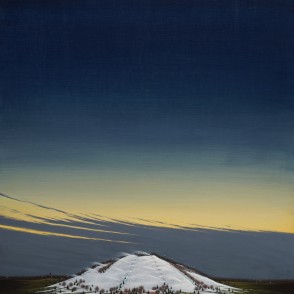 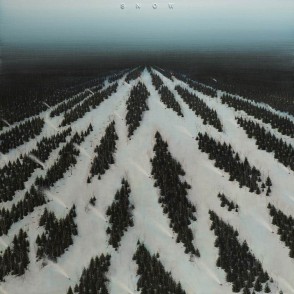 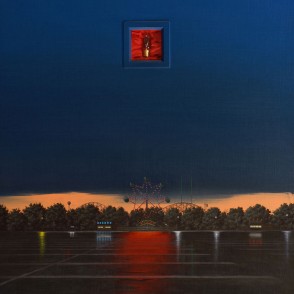 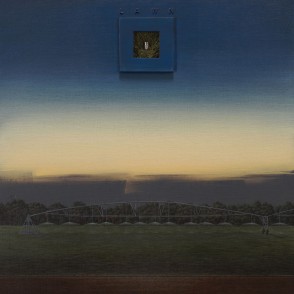 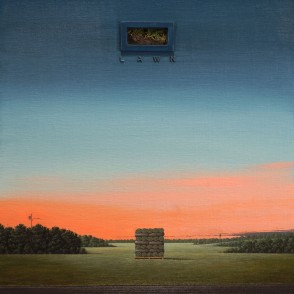 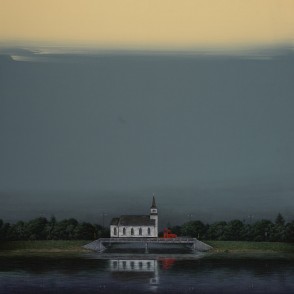 In his newest body of work, Bruggeman continues his exploration of contemporary landscape painting by examining the complex relationship between humans and the environments they inhabit.

Inspired by 19th century marsh paintings by Martin Johnson Heade, Dan Bruggeman’s compositions document the sometimes awkward intersections between man made structures and the natural environment: a Ferris wheel perched on the horizon of an empty amusement park parking lot; a flatbed truck transporting a small, one room church across a bridge; a pallet of sod in the middle of a suburban, grassy lot, its designation for development suggested by an asphalt road in the foreground. Often dwarfed by large, dramatic skies, Bruggeman’s dreamlike imagery hovers at the horizon line. The minute details of his compositions provide a provocative contrast to the immensity of the canvas above. These “landmarks of human invention,” as Bruggeman calls them, “invite the viewer to move into a space of speculation.” He explains further:

The paintings in this exhibit align nature, religion and outdoor recreation. For North American artists, these are traditional avenues for seeking the transcendent and the sublime. They offer a literal and psychological interpretation of what has always made the landscape compelling to me: the simultaneous sense of vastness, catharsis and fear.

Well-regarded for his meticulous paint handling and conceptual acuity, Bruggeman has received support for his work through numerous regional grants and fellowships including an Arts Midwest/NEA Grant, McKnight Fellowships and Minnesota State Arts Board Grants. Bruggeman currently teaches drawing at Carleton College in Northfield. His work has been part of exhibitions across the U.S. including the Albright Knox Museum in Buffalo, the North Dakota Museum of Art in Grand Forks, the Museum of Nebraska Art in Kearny and the Minnesota Museum of American Art in St. Paul.

Dan Bruggeman will be present at the opening reception for Facing North on Friday, October 23 from 5 to 8 pm. This exhibition continues through November 28 and runs concurrently with West of East, an exhibit of new paintings by Michael Paul in the Annex.